It was something of a surprise to get comments and emails asking for more information on my poem A Tale for Today. I did not have any further info' on the story. None that would have satisfied, that is. In a moment of weakness I mentioned the possibility of a sequel as a way of unearthing more. This is not it, but is... could be... might turn out to be... don't hold your breath... a step in that direction. Think of it as a possible presequel. It has not come as the other did, as a gift from heaven - orsomewhere. This one I have had to work for, and I think it shows. But like A Tale for Our Time it is not a final draft. However, if any good person feels inclined to offer a critique, I would be very happy for it to be written as of a final draft. This way of writing is new ground for me. 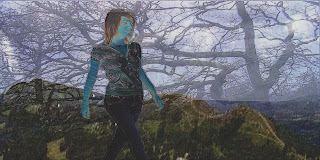 Dear Dave, thank you for telling me about the "you" a The Man Born Blind.
It's a quiet and intense poem about a subject that has always fascinated me, I think I lost the "wavelength" before the last line, it's very clear now that the "you" is the reader.
Now I am reading your longer poems.
I hope you'll enjoy "Scintilla", with Orbis it's the best British magazine among those I got to.
Best wishes, Davide

Tommaso
The omens are certainly good for "scintilla". Thanks for introducing it.

I enjoyed this a lot and it doesn't answer anything but it does add to the puzzle. I wasn't sure you'd be able to pull it off but you have, so well done. Once again I'm afraid I had to reformat the whole thing to read. I find I need a lot more white space these days and walls of text make me want to doze off. I have no particular criticisms. There was a typo I noticed (two its together near the end) but that was it.

Thanks for that Jim. I understand about reformatting, in fact it seems a useful dodge that I might use myself in future. Don't know why I haven't thought of doing it, but there you go: the obvious is sometimes the most difficult to spot.
It wasn't meant to solve anything - the next one is supposed to do that, but don't hold your breath. Thanks for the typo tip.