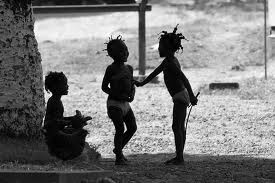 Three times my most unlikely
boyhood hero Albert Schweitzer
three times a doctor
first of medicine
and then theology
and last of all of music.

I met him first in music. The great tale of
him playing a great organ. Magnificent
cathedral. Being asked if he
was not afraid of playing a wrong note.
God does not hear wrong notes, he said.

Then came his book, the famous one*
The Jews that God intended as the leven,
the saving remnant that would justify
mankind by righteousness, had proved unworthy.
Successively the remnant shrank,
first to a single tribe,
then through the twelve disciples,
to arrive - an act of consciousness was this -
at Christ Himself.

God's only Son became
God's Son in an exclusive way.

It seems a little boring now...
just setting it - or reading it - in verse
makes clear how dull, but at the time
some hindrances to faith were kicked to touch.

But most of all he was my hero
for giving up his life in music
for giving up an academic life
to spend the rest of his in Lambaréné
in The Gabon, tending to the lepers there. 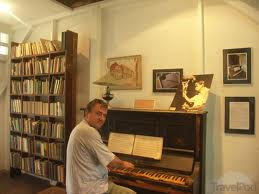 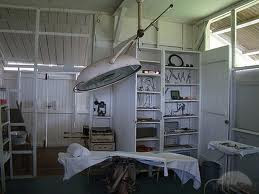 And the operating theatre there.


* The Quest of the Historical Jesus

Yes, he was an inspiring man. You've caught the essential person here.

sometimes it is there words, many times it is just watching how they live their life...

He was truly an inspiration and yet, most of the people we see as our hero's think of themselves as ordinary.
What a lovely tribute to a great man.

Albert Schweitzer was indeed a worthy hero. A man with so many degrees, but one who devoted himself to those others avoided. As I think this morning, I can't think of another person of his ilk. Your words make me want to read a biography.

Wonderful line, and wonderfully told. He was one of my heroes too, though I didn't know so much about him till reading your poem. Thank you!

I visited a leprosaurium outside of Calcutta once. Scary place, for obvious reasons--people very kind. K.

thanks for sharing the true hero's of this world

Very good, David. Someone else told me they were a fan of Albert Schweitzer. I was in Africa at the time...

Marbles in My Pocket said...

A beautiful tribute to Albert Schweitzer. It is always reaffirming when you like someone, to discover further deeds of selflessness they have given their hours on earth to help. Inspiring. Thank you for sharing, Dave.

Yes, he was quite a figure when we were young wasn't he DAVE?

He was truly remarkable. Nice that you chose him as your hero. You mention some things I didn't know about him. Nice write.

great person to have for a hero

Wonderful, this is a wonderful piece. Thank you for sharing your admiration and love in poetry.

now this sounds like a man who LIVED his life. What you described here were not his individual action as such- but his life as a whole- the whole journey- and in doing so what a rich tapestry you weaved.Enjoyed this.

A very worthy choice, indeed, and your verse shows why. More men such as he would do a great deal to change this planet.

I enjoyed the poem as a poem, and I learned some things I did not know. This line is so perfect: "Straightway I thought: I like this guy!" I thought that about you too as I read.

he was an awesome man for sure..in many ways..and you wrote a wonderful tribute for him..

I am with Claudia this is a wonderful tribute to a hero.....a beautiful write Dave!

Thank you. I only knew him as a doctor of medecine, and he was a hero in that field. I loved hearing about other facets to this diamond of a man.

I did not know that he himself played organ. Maybe his ears learned naturally it listening to music in church. Great man, indeed, and a nice homage!

What a powerful ending; that IS heroic. Thank you for sharing this.

I have a portrait of Schweitzer made by a Dutch man, Frederick Frank, who had worked with him.
I met Frederick Frank in the eighties, he was a Buddhist, a painter, his drawing with charcoal were superb, his book "The Zen Of Seeing" a feat, his studies on Buddhism and human suffering has always made me think of him as at one with Schweitzer, and everything about both of them, this comment included, carry the atmosphere of a tremendous dejà-vu.

Jabblog
He inspired me for a long while. I think he still does, in the background.

Brian
Very true. With him it was for me a bit of each.

Daydreamertoo
I don't know, but I'd guess he probably thought of himself as ordinary, too. But I take youur point and it is well made.

Mary
No, the only one that might stand comparison - perhaps - would be Ghandi?

Manicddaily
Thanks. I'm glad you chose that line. I had wondered if it might be thought a trifle trivial.
What an experience that must have been to visit a leprosaurium!

Wolfsrosebud
Thank you for your comment. Good to have your visit. You are most welcome.

David
Really good to hear that he's still got something of a fan base. I don't hear much about him these days. I thought maybe the world had moved on. Thanks for saying.

Marbles in my Pocket
Thanks so much. Good to have your thoughts.

Linda
Thank you this. What you say is so true.

The Weaver of Grass
Yes, there was a time when his influence seemed to be everywhere.

aka_andrea
Awarm welcome to you and many thanks for your comment.

Myrna R
Hi, really good to have your company. Thanks you so much for your thoughts.

zongrik
Thank you. Yes, and a warm welcome to you. Good to have you along.

Mystic_Mom
Thank you so much for your kind words. Really good to have.

stu mcp
Thank you for these kind words. They are very much appreciated. Good to have your company.

hedgewitch
Yes, indeed, wouldn't they just! But I suppose we cannot expect the exceptional to become the norm... or should we?

angelique
Hi and welcome. This is such a kind comment. I do thank you very much for it.

Claudia
Thank you, it's so easy tofeel you cannot do justice to such a person.

Carrie Burtt
Hi and a warm welcome to you. Thank you so much for saying so.

The Elephant's Child
Much thanks for this. He sure was a great guy. A polymath, I guess!

haricot
Indeed, I used to have a collection of 45's of him playing organ in various European cathedrals. They were lost in one of our many house moves, unfortunately. Thanks for the comment.

Anonymous
Thank you so much for your kind comment.

Tommaso
Thanks for the info'. I shall try to track down the book.

And a worthy hero, you chose. Thanks for teaching me a bit more about him. Should put his bio on my "to read" list.