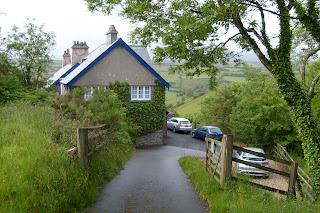 Last Thursday, as most of you will know, I disappeared from the Blogland radar and did not reappear on it until yesterday, having previously explained that the reason for my absence had to do with our daughter's 25th Wedding Anniversary. The explanation is that we had hired a cottage at Countisbury, near Lynton amd Lynmouth for a family get-together. The cottage being, in fact the old School House. We had been once before - for my 70th - and everyone seemed keen to renew their acquaintance with it. My first picture shows it from the bottom of the very steep, narrow drive along which you descend to it from the Lynton - Porlock road. I thought a little of its history might be of interest.

It was built by the great aunt of the present owner (who now lives in Nottingham) in memory of her brother and to replace the former Dame School (here) . It originally took children aged 5 to 11 from its immediate area (Countibury consists of a few scattered houses and a public house) and was a one class, one teacher school. Soon after it opened, however, the schools at Oare and Brendon closed through lack of support and their children were moved to The School House.

The school part of the house consisted of one large room (very large, given the standards then in vogue - small hall sized, I would have said). My second photograph shows one corner of it with what is now the open-plan kitchen beyond. The remainder of the building consisted of living quarters for the head teacher. As far as I could work out, it would seem that this consisted of 2 or 3 rooms downstairs, not big perhaps, but again, generous by the standards of the day, and a further 1 or 2 upstairs.

Those children who lived close enough would walk up through the fields (picture 3) to school. Those who lived further out would come to school on Exmoor ponies and were granted an official pony allowance. There was also, just below the playground, now a barbecue area (picture 4), a "pony splatt" or small paddock, in which the children could leave their ponies to graze whilst they did their lessons.

Between what was the splatt and the surrounding hills runs a small stream in a deep ditch. It is in fact The River Lyn which did much to wreak such devastation on Lynton and Lynmouth in 1952.

The first teacher was a Mrs Mary Beck. Mrs Beck became ill in 1940 and her daughter Muriel then carried on until 1971, living on in the house until 1997.

It is said that during Mrs Beck's reign no child left unable to read, and certainly we met with a couple of its ex pupils in the shops in Lynton who spoke with great affection of the school 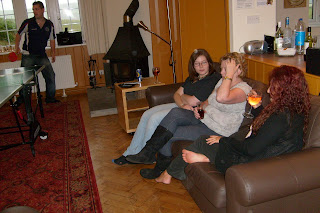 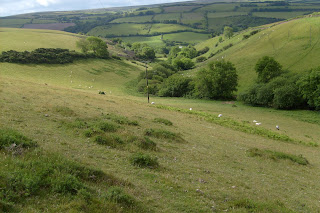 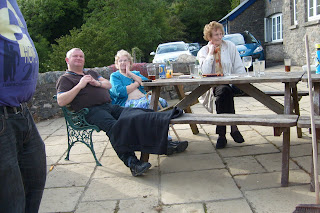 They don't build 'em like that anymore sadly. I like the rolling green hills in the 3rd photo simply breath taking. I hope everyone enjoyed themselves in such a fantastic setting, congrats to your daughter :-).

Welcome back - surely this information will inspire half a dozen poems, Mr King - or have you already written them?

looks lovely, sounds interesting, hope you all had a great time...

What a lovely setting. How interesting to speak to former pupils of the school. I wish all pupils today could read by the age of 11!

A perfectly precious location and little schoolhouse. What a wonderful place to celebrate anything!

Lovely pictures!
Mrs. Beck must have been one an exemplary teacher; no wonder her ex-pupils speak of her with affection!

Lovely post & pics. Sounds perfect, and yes lots of poems out of it!

@Windsmoke "They don't build 'em like that anymore." I know you're referring to the building, but I immediately thought of it's easily referring to marriage, also.

25 years of two people maintaining a relationship is an amazing number. Congratulations and thank you - and I'm being completely serious, here - for damning statistics and proving that marriage is still a long-term type of love and commitment.

Windsmoke
You're right, they don't build them that way!
Yes, it was quite amazing the way everybody, without exception, had a great time, given that we were three generations. (OK, so I sound a bit Beyond The Fringe-ish!) Thanks for the congrats.

Isabel
I haven't written them, but I do have a couple of half finished efforts.

David
It was, absolutely. We took the youngsters (as they were then) 7 years ago. They loved it then, but we weren't sure how they would view it now. We needn't have worried!

jabblog
And how great to think they thought so highly of their school days.

Tabor
It is. I can thoroughly recommenmd it.

SG
Indeed, yes. There is a lot of testimony from former pupils.

120 Socks
I hope some will come - probably after a space of time.

Mr Philoctetes Digressius
Absolutely spot on. Something to shout from the rooftops, I think. Thanks for the thought.

What a beautiful setting for your family event, and I enjoyed the history too.