After posting the ghazal yesterday I mentioned - on the dVerse blog - that I had first written it in less exotic form. I had a couple of requests to post the original for comparison. So here, for anyone who might be interested, it is. (To be honest, reading it again now, I can't see much comparison!)


Best day of my life that was!
I only went to watch,
but watching brought on such a rush -
adrenalin, you've no idea!
We set the town alight, we did,
stuck it to 'em good and proper, man
(Know what I mean?)
them as likes to lord it over us,
as says we's all in gangs...
I'm in no gang, and never was.
Them better find out who them's dealing with -
or next time, not so lucky, pigs!
Them's not our mums and dads, but finks them is,
That's them as knows fuck nuffink about us -
and furver more, cares less,
or if they did, they'd learn a bit more, no?
Them's all so yesterday.
Spying on us, so they thought -
on Twitter, if you please,
and all us using Blackberries
and Twittering false clues
to throw 'em off the scent.
And yeah, we robbed 'em rotten - serve 'em right!
Them's doing us a great injustice see?
Says we's all poor, that's why we scum.
So how's we poor? We got the gear. Top stuff.
We got our Blackberries, so how we poor?
Ask them, they'll say we robbed for 'em.
So don't forget, yous better find
out who you's dealing with -
or next time, not so lucky, pigs! 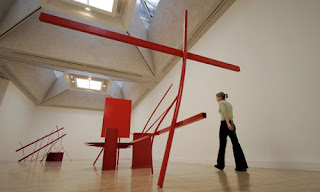 He took a job assisting Henry Moore
and walked Moore's English hills in search of clues,
a magic sign, perhaps, to open doors;
an inner route to all that's bred in stone.
Instead he found, snagged on a barb of wire,
a very English length of woolen thread,
and there beneath the flesh, the inner forms
of skeletons that shape surrounding stone.
In cave and crevice: steel of painted limbs;
stick insects; welded ribs and bolted wings -
and vertebrae that underlie a world. 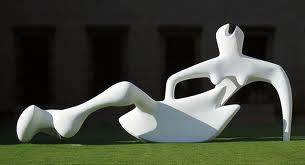 Dave,
The anger and the compassion in this poem seemed more pronounced. I find it stands on it own strength as separate from the other. Brilliant and smooth!

I agree with Kaykuala. I like this poem too. Strong and angry, to the point! From the gut.

The original poem is more emotional and angst driven. Different voice but both offerings are excellent.

And I also like your vision of that early morning art work.
Very creative.

I prefer this version but then I've never been fond of artificial forms. To my mind content should dictate form. But that's just me.

I actually prefer this version because its more grittier and down to earth :-).

kaykuala
Interesting. Thank you for saying so.

Mary
Again, really interesting. Just what I wanted to know.

Heaven
Yes, you are correct in saying a different voice, I think, though that was not intentional.

Many thanks for both comments. The one on Early one Moring is equally useful.

Jim
N ot just you, Jim. In the main I agree with you. If I start with the form I have great difficulty in finding the content to fit. (Which should indicate something!)This applies not just to exotic forms, but to, say, the sonnet. However, when it happens that a form fits the subject the result can be exceptional. E.G. "Do not go gently into that good night". Thanks for telling it as you see it.

Windscape
Thanks. Really useful to know that.

My first in your blog - a stumble I must say. But a pretty good stumble. :-)The poem's interesting. Will return and look through the rest. Have a good day!

Ellen
A very warm welcome to you. Delighted that you stumbled my way. Thank you so much for saying so. My best wishes to you.